Without prejudice negotiations – what is unambiguous impropriety? 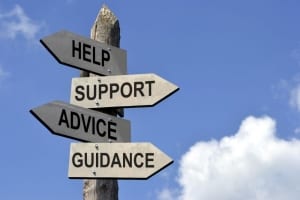 It is generally well understood by most employers that the ‘without prejudice’ rule can prevent statements from being submitted as evidence in a court or Tribunal if they were made in a genuine attempt to settle disputes between the parties.

Probably less well understood are the few but important exceptions to the rule. One of these exceptions, established by case law, provides that the without prejudice rule should not operate “as a cloak for perjury, blackmail or other unambiguous impropriety” and the exception should only be applied in the “clearest cases of abuse”.

What is unambiguous impropriety?

What constitutes ‘unambiguous impropriety’ is ultimately a question for Employment Tribunals and courts to decide, and examples include the use of bribery, fraud, violence, unlawful discrimination and threats or intimidation.

In the recent case of Swiss Re Corporate Solutions Ltd v Mrs H Sommer the Employment Appeal Tribunal considered whether an Employment Tribunal had made an error in deciding that a without prejudice letter should be admitted into evidence under the unambiguous impropriety exception.

Mrs Sommer had previously raised grievances with her employer attaching supporting company documents to her emails and copying these to her personal email address, blind copying her husband.

Her employer said that the emails contained personal and company confidential information and referred to this as a low-level data breach requesting that she explain her actions and delete the emails.  On 19 January 2021 Mrs Sommer was informed that a disciplinary investigation was being commenced relating to the emails and an investigator was subsequently appointed.

On 22 January 2021, Mrs Sommer received a without prejudice letter from her employer’s solicitors offering a financial settlement in return for the termination of her employment. The letter set out various allegations suggesting that her actions may result in summary dismissal, potential criminal convictions, fines and possible findings of a breach of financial conduct rules which could impact her working in the regulated sector.

A few days later the investigation concluded recommending informal action as although there were breaches of her employment contract and employer’s code of conduct, it was a technical breach with no adverse consequences resulting from her actions which had been solely to support her grievances.

Following Mrs Sommer’s dismissal by a reason of redundancy in April 2021 she progressed a number of Employment Tribunal claims against her former employer. She asked the Tribunal to rule as a preliminary issue that the 22 January letter was admissible as evidence at the final hearing despite its without prejudice title.

What did the Employment Tribunal decide?

The Tribunal decided that the without prejudice letter was admissible on the basis that it represented unambiguous impropriety noting that there was a “striking disparity” between what the employer knew about the alleged misconduct and what was said about it in the letter.

Further there was “no basis at all” for the employer’s solicitors to allege that Mrs Sommer had committed serious misconduct that could result in summary dismissal or that she had committed criminal offences. Her employer had not set out these complaints against her at the time it discovered she had sent these emails.

The judge went on to say that the employer’s solicitors had “grossly exaggerated the severity of what she had done in order to put pressure on her to accept what they proposed, namely the immediate termination of her employment.”  It was further held that the letter “unambiguously exceeded what was permissible in settlement of hard-fought litigation”.

The decision was appealed to the Employment Appeal Tribunal (EAT) who upheld the former employer’s appeal and ruled that the letter was inadmissible as evidence at the final hearing.

The EAT considered that the allegations of serious misconduct having “no basis at all” was an error as the facts of the case did arguably call Mrs Sommer’s conduct into question disclosing various breaches of confidence, contract and data protection laws. Although the allegations were “grossly exaggerated” this will not usually pass the high threshold of unambiguous impropriety, especially given that the matter was being dealt with at a preliminary hearing without oral evidence and without findings of dishonesty.

The EAT held that “there is a strong rule of public policy maintaining privilege for without prejudice correspondence and exaggeration by itself is insufficient to make out an exception”. The EAT commented that none of this meant that the letter was free of any impropriety and that the employer, or their solicitors, did “sail close to the wind” from making exaggerated allegations in the light of the employer’s actual position.

What does this mean for employers?

The courts have consistently stressed the importance of allowing parties to speak openly and freely in their negotiations and attempts to settle disputes and cases where unambiguous impropriety have been made out are extremely rare.

Although it can be entirely reasonable to refer to disciplinary issues in without prejudice negotiations and correspondence, this case shows that it should always be done in a way that ensures that it is a genuine attempt to reach settlement. Employers should avoid doing so dishonestly or in any way that could appear to blackmail the employee.

This case reminds employers to opt for a reasonable and measured approach in without prejudice communications. We are often involved in these negotiations and can advise employers on how best to word correspondence to help achieve a settlement.

If you are an employer dealing with settlement negotiations, then we can help. Please call us on 01243 836840 for a no obligation chat, or email us at [email protected].