Why wasn’t it religious discrimination when an orthodox Jewish nursery fired a teacher for living with her boyfriend? 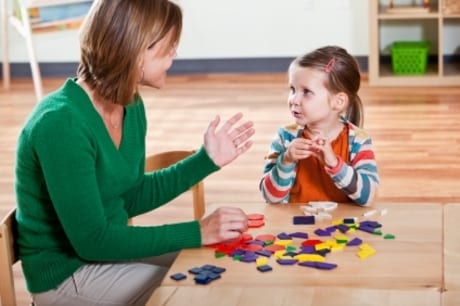 It’s not a situation that arises very often, so it might seem at first glance that the case of De Groen v Gan Menachem Hendon is not relevant to the vast majority of employers. However, although its facts are unusual, it does deal with some important principles in relation to discrimination law generally.

The case involved a Jewish teacher at an ‘ultra-orthodox’ Jewish nursery. At a social function, her boyfriend happened to mention (in front of some of the parents of nursery children) that he was living with Ms De Groen. The headteacher and director spoke to her about this afterwards. They said that the nursery was not concerned about her living with her partner, but it was a problem for some of the parents. Therefore they asked her to confirm that she was not living with her partner (even if that was not true) so that they could inform parents of that fact. They also made comments about cohabiting before marriage being wrong, and said that ‘time was passing’ for Ms De Groen to have children (she was 23).

Ms De Groen was not prepared to lie about living with her partner, or to cease living with him. A short time later she was dismissed for acting against “the nursery’s culture, ethos and religious beliefs.” She brought Employment Tribunal claims for religious discrimination and sex discrimination.

The EAT said that the Tribunal had been wrong to find that the nursery had discriminated against Ms De Groen because of her religion or belief. They concluded that the nursery’s actions in relation to her cohabitation would have been the same whatever Ms De Groen’s religious beliefs were. On this point, the EAT referred to the so-called ‘gay cake’ case (Lee v Ashers Baking Company (2018)) where the Supreme Court held that Ashers bakery had not discriminated against a gay couple when it refused to ice a cake with a slogan supporting gay marriage, because they would have refused to ice that slogan for anyone, regardless of the customers’ sexuality. The purpose of discrimination law is to protect individuals against less favourable treatment based on their own protected characteristics, not to protect them from treatment based on a protected characteristic of the discriminator. Therefore Ms De Groen’s case for religious discrimination could not succeed.

Although Ms De Groen’s religious discrimination case was rejected, her claim for sex discrimination based on the comments about pregnancy and marriage was upheld. The case has been sent back to the Employment Tribunal to determine the appropriate remedy.

If you are dealing with a discrimination issue, then we can help. Please call us on 01243 836840 for a no obligation chat, or email us at [email protected].