What to do when an employee is facing criminal prosecution 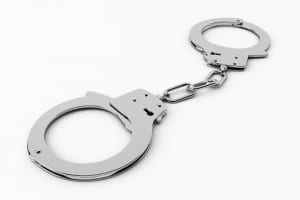 Many employers who have to deal with an employee who is facing criminal prosecution are uncertain about what disciplinary action they can take prior to any guilty plea being entered or a finding of guilt after trial in a criminal court. Whilst an employer who is considering dismissing an employee does not necessarily need to wait for the conclusion of any criminal proceedings before doing so, it is important that decisions are not made in haste, that any disciplinary process is fair, and that the outcome is properly considered.

In order to charge someone with a criminal offence the CPS applies a two stage test:

Having concluded that the answer to both questions is yes, then a charge or charges will follow. However, it is important to note that “a realistic prospect of conviction” relates to whether in the prosecutor’s view, it is more likely than not that a person will be convicted. When a case goes to trial, a person can only be found guilty if the prosecution have proved their case beyond reasonable doubt.

Therefore, it is vital that employers do not simply take the view that because their employee has been charged with a criminal offence, that they are guilty of it and should be dismissed.

In the recent Employment Tribunal case of Bosher v EUI Ltd the employee had been charged with possession of two indecent images. Initially, he was told that the matter would be investigated by the employer. He carried on working and his employer placed no restrictions upon him.

After Mr Bosher attended his first court appearance, he notified the company that he had given “no indication” of plea. The employer’s investigation was then concluded with the summary sheet setting out as follows:

“Following our extensive investigation and coupled with the more recent outcome from DB’s court appearance, we have reasonable belief that the allegations may be true, as DB has never categorically denied the allegations and it now appears that his solicitor is relying on technical points in order for the case to be thrown out, rather than submitting a plea of “not guilty.”

On 22 August 2017, Mr Bosher attended a disciplinary hearing, where he was dismissed for gross misconduct. He explained during the hearing that the issue in the criminal case was over his knowledge of the presence of the indecent images on his mobile phone.

He also met with his legal team on the afternoon of 22 August 2017 and was advised to plead not guilty to the charge against him on the basis that he had not knowingly possessed the images.

He subsequently appealed the decision to dismiss him, making it clear that he had now been advised to plead not guilty. His request for the appeal to be postponed until after his criminal case was concluded was refused, and his dismissal was upheld. On 10 April 2018, the CPS offered no evidence against Mr Bosher and he was formally acquitted of the charge.

The Tribunal found that his dismissal was unfair. The decision stated that:

“Any reasonable employer would have waited for the outcome of the CPS enquiries and the Claimant receiving further legal advice before making a decision on dismissal in respect of the related disciplinary charge.”

“There was no urgent need to reach a decision at that time. The Claimant was in work, performing well, without restrictions and there was nothing to sensibly suggest that was likely to change. This was an allegation of serious criminal behaviour and potential evidence was outstanding that could point towards the claimant’s innocence (or not).”

This case reminds employers that they should not jump the gun when an employee is charged with a criminal offence. There was no problem with the employer carrying out an investigation into the matter, but their error was in making the decision to dismiss without sufficient information. Our previous article discusses a Court of Appeal judgment where it was made clear that where appropriate, employers can commence and even conclude internal disciplinary proceedings notwithstanding that a criminal case is ongoing. Therefore, it is possible to dismiss an employee before the conclusion of criminal proceedings, but if you are unsure about the strength of evidence from an internal investigation, then it can be safer to seek expert advice.

If you are dealing with disciplinary matters which overlap with an external investigation or proceedings, we have experience of dealing with these tricky issues, so do get in touch if we can help. Please call us on 01243 836840 for a no obligation chat, or email us at [email protected].