Understanding the law on overpayments 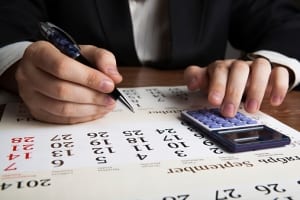 The recent story of Lauren O’Keefe, an NHS employee who was overpaid by £21,000, may be a fairly extreme example, but unfortunately overpayments of wages or expenses are not unusual, and employers are not always able to recover the money. In O’Keefe’s case, she has not repaid any of the money, although she does now have a conviction for theft.

Overpayments can result from many different situations, but often they are a genuine error on the part of the employer. So what can organisations do if they discover they have made an overpayment?

In many cases, particularly with smaller overpayments which take place over several months, employees might not be able to repay the whole amount immediately. Often employers will want to make a deduction from wages to recover the amounts due.

Repayments via deductions from wages

Employees are usually protected against unlawful deductions from their wages. However, a deduction is lawful if it is something the employee has agreed to in writing, which is why all employers should ensure that they have a properly drafted deductions clause in their employees’ contracts.

However, even if there is no deductions clause, or if the clause doesn’t cover overpayments, you may still be able to make the deductions. This is because there is an exception to the rule on unlawful deductions to allow for the recovery of overpayments.

Can the employee argue against repayment?

In some situations employees may attempt to argue that they should not be required to repay the overpayment. This argument may be based on a very old legal concept called ‘estoppel’. There are three main points that are relevant to estoppel in this context, which are:

The courts and Tribunals may take account of the fairness of the whole situation and whether it is right for the employee to have to repay the overpayment. If estoppel applies (which is extremely rare), deductions from wages to recover the overpayment will not be lawful.

In many cases, it is likely to be difficult for the employee to establish the first point. However, there are other cases where the position is much less clear – for example, where an employee is receiving sick pay, and the employer accidentally continues to pay sick pay for weeks or months beyond the employee’s contractual entitlement. In that situation the employee may genuinely have believed that the money was something they were entitled to receive.

Even where estoppel does not apply and an employer has a legal right to demand full repayment, it is best to exercise caution. If you insist on full repayment and this causes the employee financial hardship, then your actions may be a breach of the duty of mutual trust and confidence, which in some situations could lead to a constructive dismissal claim. That said, as a general rule,  overpayments can normally be recovered from employees.

If you are an employer dealing with an overpayment you will need to consider a range of factors. How has the overpayment arisen? It will of course be relevant how big the sum is, relative to the employee’s pay. Generally speaking it is best to sit down with the employee and agree a reasonable repayment plan, but if agreement cannot be reached, then it is worth taking advice to find the best solution.

If you are an employer dealing with an overpayment issue, then we can help. Please call us on 01243 836840 for a no obligation chat, or email us at [email protected].