Swearing in the workplace 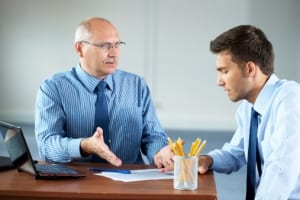 Within the average UK office, workers hear swear words being said 11 times a day, and some hear expletives more than 25 times a day, according to recent research. But should employers be discouraging all forms of swearing, and what can they do if an offensive environment is created?

The above statistics may not come as a surprise, as few people have been completely immune from hearing colourful language during their working lives. However, the words used, who or what they are directed towards, the place they are said in, and the context and tone used, are all important factors. What to some people may be highly offensive may to others be an everyday occurrence, an expression of honesty, letting off steam, or in some cases a show of team camaraderie!

The law gives protection to workers (and others such as job applicants) from discrimination on the basis of protected characteristics, and from harassing behaviour. Swear words which are aimed towards other people and are said in anger are most likely to cause offence, especially if derogatory terms are used, which are, or could be viewed as discriminatory.

If an employer does not deal effectively with complaints, or address an offensive environment, then it leaves itself open to legal claims being brought for failing to protect health and safety of their workers (mental health is included where distress is caused), and also for discrimination, as employers can be vicariously liable for acts of discrimination that take place in the course of employment (see our previous article on vicarious liability here). This is possible even where bad language is commonly used in that particular workplace or if the users of it claim that it is just banter.

If you know you have a working environment where swearing takes place, then it can be a good idea to ensure that applicants are made aware of this so that they know what to expect. However, it is also worth making sure that staff are clear on where to draw the line.

Any staff complaints should be properly investigated, and grievances promptly and sensitively followed up. This will give workers confidence that if they do feel uncomfortable or bullied that the situation will be addressed and there will not be any recriminations.

A disciplinary policy or code of conduct can detail the employer’s stance on offensive language/swearing in the workplace and warn of the level of sanction that can be applied for failure to comply with the policy. However, if you decide (for example) to have a complete ban on swearing, then you must be prepared to enforce it consistently.

Employers should ensure all staff are aware of any policy regarding offensive language. Discussions about this could form part of training on equality and diversity. It is also a good idea to train managers so that they are fully aware of your policies and procedures, as well as their own personal liability for acts of discrimination. Managers must understand the procedure for investigating complaints, and also that they are role models and so should not be flouting the policies themselves.

With any disciplinary decision regarding conduct, the language used needs to be viewed in context. Although it would not be usual to dismiss a long-serving employee for a one-off instance of swearing, there may be particularly serious instances where this could be appropriate.

Bad language may be viewed more seriously in some situations. For example, if bullying or discrimination is evident, then that will be a serious matter. Also, if there has been damage to the employer’s reputation, such as complaints from customers, if the staff member is a manager who is swearing at other staff, or if there is repeated offensive behaviour this may lead to a more serious penalty.

There may also be mitigating factors to take into account. These could include where the worker acted due to provocation or had an outburst in the heat of the moment, especially if they are subsequently remorseful, or where issues in their private life causing extreme stress lead to out of character behaviour.

If you are an employer and need any advice or assistance in dealing with matters of swearing in the workplace, you can pick up the phone to us and speak to a member of our friendly team today. Please call us on 01243 836840 for a no obligation chat, or email us at [email protected].