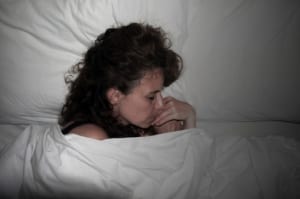 The Supreme Court has handed down its long-awaited judgment on the issue of whether care workers who are required to work sleep-in shifts are entitled to the National Minimum Wage (NMW) for the duration of their shift, or only for the time that they are carrying out some actual work. This was a hugely significant issue because if the Supreme Court found that workers were entitled to be paid the NMW for the whole of every sleep-in shift it was expected that employers in the care sector would be facing claims for back pay estimated to be worth £400 million.

The case decided on by the Supreme Court, Royal Mencap Society v Tomlinson-Blake dealt with two cases that had been joined together on appeal as they dealt with similar issues, but as both cases were decided in the same way we will focus on Mrs Tomlinson-Blake’s case.

Mrs Tomlinson-Blake was a highly qualified care support worker who provided care to two vulnerable adults at their own home. When she worked at night, she was permitted to sleep but had to remain at her place of work. She had no duties to perform except to “keep a listening ear out” while asleep and to attend to emergencies. Over sixteen months, Mrs Tomlinson-Blake had only been required to get up and provide assistance on six occasions. For each sleep-in shift, she was paid an allowance of £22.35 plus one hour’s pay at the NMW rate.

She brought proceedings to the Employment Tribunal in 2017 to recover arrears of wages on the basis that she was entitled to be paid the NMW for each hour of her sleep-in shift. The Employment Tribunal found in her favour, as did the Employment Appeal Tribunal, as covered in our previous article. The Court of Appeal then heard the case and decided against Mrs Tomlinson-Blake, as discussed in our 2018 article. This was considered to be a surprising decision by many, as it went against previous case law where workers had been found to be working, and therefore entitled to be paid the NMW throughout sleep-in shifts for reasons such as they could not leave site, and because of their personal responsibility to resolve any problems that occurred. Mrs Tomlinson-Blake then appealed to the Supreme Court, the highest court in the UK.

The issue was whether Mrs Tomlinson-Blake’s work was “time work” for the purposes of the NMW Regulations 2015. Regulation 32 sets out:

(1) Time work includes hours when a worker is available, and required to be available, at or near a place of work for the purposes of working unless the worker is at home.

(2) In paragraph (1), hours when a worker is “available” only includes hours when the worker is awake for the purposes of working, even if a worker by arrangement sleeps at or near a place of work and the employer provides suitable facilities for sleeping.

The Supreme Court agreed with the Court of Appeal and confirmed that workers on sleep-in shifts are only entitled to have their hours counted for NMW purposes when they are “awake for the purposes of working”.

Lady Arden concluded that if the worker is permitted to sleep during the shift and is only required to respond to emergencies, the hours in question are not included in the NMW calculation for time work unless the worker is awake for the purpose of working. If the worker was just available for work, they could not be said to be carrying out actual work.

It was said that the previous cases were wrongly decided on and should be overruled.

Employers will no doubt be relieved that they are not facing costly claims for back pay, and it had been anticipated that some care providers would not have been able to carry on in business if they had to pay their staff the NMW for the entirety of sleep-in shifts.

The judgment may potentially spread further than the care sector. Two of the cases that were overruled involved nurses and a night watchman. However, employers should be careful before making changes to the wages of employees who are currently paid for time when they are sleeping. The Supreme Court pointed out in their judgment that not every worker who is permitted to take a nap between tasks is a sleep-in worker, and that a person may, depending on the facts be working as opposed to being merely available for work even if their work is only intermittent. Therefore, each case needs to be considered on its own circumstances and reductions to employees’ wages should not be made without proper consideration and consultation.

If you are an employer in any doubt as to how to handle a situation involving workers carrying out sleep-in shifts then we can assist you.

If you are an employer dealing with issues regarding pay, then we can help. Please call us on 01243 836840 for a no obligation chat, or email us at [email protected].