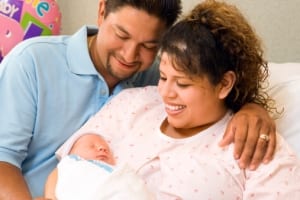 The Employment Appeal Tribunal has recently passed judgment in a sex discrimination claim brought by a male employee in relation to the amount he would receive as Shared Parental Pay (ShPP) whilst taking Shared Parental Leave (SPL), compared to what his female colleagues would receive when taking Statutory Maternity Leave (SML) or Statutory Adoption Leave (SAL). This was a significant issue because if the Employment Appeal Tribunal found in the employee’s favour, many employers who operate similar enhanced maternity and adoption pay policies would potentially be facing sex discrimination claims.

In Price v Powys County Council, Mr Price wished to take SPL so that he could stay home and care for the baby he and his wife were expecting after she returned to work, following her two weeks of compulsory maternity leave. Mr Price asked his employer how much he would be paid during the statutory maximum entitlement of 37 weeks. His employer told him that he would only receive statutory ShPP and on that basis, Mr Price decided not to proceed with SPL.

The employer operated a policy under which employees on SML or SAL were entitled to enhanced maternity or adoption pay. Mr Price brought a claim in the Employment Tribunal stating that it was direct sex discrimination for his employer to pay employees on SML and SAL more than employees on SPL.

An employee claiming direct sex discrimination will need to show that they have been treated less favourably than a real or hypothetical comparator; a member of the opposite sex whose circumstances are not materially different to theirs. Mr Price identified two possible comparators:

In the case of Ali v Capita in 2019 which we discussed in our previous article, the Court of Appeal upheld that it was not discriminatory to pay enhanced maternity pay to a woman on maternity leave but only ShPP to an employee taking SPL. A man could not compare himself to a woman taking SML because their circumstances were materially different. This was because the primary purpose of maternity leave is to enable the mother to prepare for and recover from the birth, whereas SPL focuses on childcare. Therefore, Mr Price’s first comparator was rejected.

The Employment Tribunal felt that there were more similarities between Mr Price and the second comparator, but still found that their respective situations were not materially the same. The Tribunal held that the correct comparator for Mr Price was a female employee on SPL. Since they would have received the same pay as Mr Price under the employer’s policy, the direct discrimination claim failed. Mr Price appealed on this issue to the Employment Appeal Tribunal.

Mr Price argued that the underlying purpose of both SAL and SPL was the facilitation of childcare and therefore, it was appropriate to use a woman on SAL as a comparator.

This argument was rejected. SAL was said to go far beyond the facilitation of childcare and would include matters such as the forming of a parental bond and taking steps to prepare and maintain a safe environment for the child.

Mr Price also argued that the Employment Tribunal had incorrectly found that SPL and SAL operate in materially different ways. This was rejected for reasons including that unlike SPL, SAL is an immediate entitlement on the placement of a child, and it can only be taken in one continuous period.

The Employment Appeal Tribunal confirmed that the correct comparator for Mr Price was a female employee on SPL and as they would have received the same pay as him, the direct discrimination claim was not made out.

This decision will give confidence to employers who offer enhanced adoption pay whilst only offering statutory pay to those taking up SPL.

However, the use of SPL by fathers remains low and this is likely to remain the case whilst employers continue not to offer enhanced rates of pay during it. As a result, it seems likely that women will continue to take greater responsibility for childcare, and this in itself can cause issues in the workplace. Employers might therefore wish to revisit their policies on ShPP and we can assist you with this.

If you are an employer dealing with issues around family friendly policies and potential discrimination claims then we can help. Please call us on 01243 836840 for a no obligation chat, or email us at [email protected].