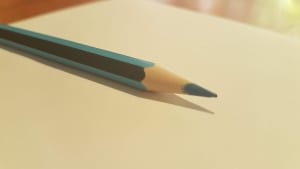 Restrictive covenants will only be enforceable to the extent that they are necessary to protect an employer’s legitimate business interest, and are reasonable. It is that reasonableness provision which is the main cause of disputes.

In the Tillman case, the question was whether words in a restrictive covenant which would have made the covenant too wide and therefore unenforceable, were capable of being deleted, thus leaving the remaining enforceable covenants in place. This is known as the ‘blue pencil’ rule, a concept from case law which dates back to 1894!

Ms Tillman’s employment with Egon Zehnder terminated on 30 January 2017. Her contract of employment contained various restrictive covenants regarding non-solicitation and non-dealing with clients etc, which both parties acknowledged were reasonable and enforceable. However, the contract also contained a non-compete clause. This stated:

“You shall not without the prior written consent of the Company directly or indirectly, either alone or jointly with or on behalf of any third party and whether as principal, manager, employee, contractor, consultant, agent or otherwise howsoever at any time within the period of six months from the Termination Date:

– directly or indirectly engage or be concerned or interested in any business carried on in competition with any of the businesses of the Company or any Group Company which were carried on at the Termination Date or during the period of twelve months prior to that date and with which you were materially concerned during such period.”

Ms Tillman told Egon Zehnder that she going to work for a competitor, but that she was prepared to abide by the restrictive covenants in her contract, with the exception of this one which she contended was too wide to be enforceable. She argued that the words “interested in” were so wide that they prevented her holding even a tiny shareholding in a competitor.

Egon Zehnder Limited issued proceedings in the High Court to seek an interim injunction to prevent Ms Tillman breaching this non competition covenant. Egon Zehnder argued that the wording did not prevent Ms Tillman owning a small shareholding in a competitor and, perhaps surprisingly, the High Court agreed. Ms Tillman appealed to the Court of Appeal who held that the clause did prevent Ms Tillman holding even a small shareholding and was therefore unreasonable and unenforceable. They then went on to consider whether the words “or interested” could be deleted from the clause by using the ‘blue pencil’ rule and, following previous case law, the court held that they could only delete the words if the covenant was in effect a combination of different covenants. This was not the case here, so the Court of Appeal refused to delete the words, with the effect that the clause was unenforceable.

Egon Zehnder appealed to the Supreme Court. The Supreme Court agreed with the Court of Appeal that the words “interested in” did prevent Ms Tillman from holding a minor shareholding. However, they then went on to consider whether they were able to delete the words “interested in”. They reviewed the law in this area and concluded that there were three criteria which had to be satisfied before words could be severed from a covenant under the ‘blue pencil’ rule. These were:

1) Can the unenforceable wording be removed without adding to or modifying the remaining words?

2) Are the remaining covenants supported by adequate consideration (i.e. did the individual receive something in exchange for agreeing to them)? For more information about consideration, see our previous article here.

3) Does the removal of the unenforceable part have the effect that the remaining covenant would not generate any major change in the overall effect of the restrictive covenants in the contract of employment?

The Supreme Court applied these tests to the Tillman case and concluded that they could delete the words “interested in” and that by doing so they would not create any major change in the overall effect of the restrictions. They therefore reinstated the injunction granted by the High Court, although by this stage the 6 month period of the restrictions had long since passed!

The case is of interest because it gives certainty to the guidance for courts on how they can apply the ‘blue pencil’ rule, i.e. when they are able to delete words from restrictive covenants which would otherwise be too wide to be enforceable. The case also illustrates the need for careful drafting of restrictive covenants. Had the covenants in Ms Tillman’s contract included a clause saying that nothing in these clauses would prevent her holding say 5% shares in another business, then the whole dispute, and all the costs associated with it, would have been avoided.

If you need help drafting, interpreting or enforcing a restrictive covenant, please get in touch. You can call us on 01243 836840 for a no obligation chat, or email us at [email protected].