Preparing for the end of furlough 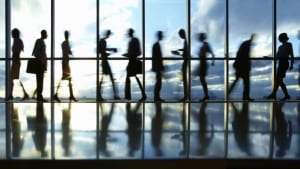 It has now been over a year that some employees have now been on furlough, and many more have been working from home rather than from their normal place of work. A recent survey of 500 employees by business psychology firm Pearn Kandola, suggests that employees returning from a period of furlough feel more disconnected from their employers than those who have not been furloughed. It also found that they said that they felt less loyalty to their employer, their job satisfaction was lower and they also had lower self-confidence.

The findings of this survey really come as no surprise. In some ways, placing employees on furlough could be seen as sending the message that they were no longer required by their employer. That was not necessarily because of anything they have done or because the employer no longer wanted them, but because of the dramatic effect the coronavirus pandemic has had on many organisations.  Employees also often form strong relationships with colleagues, and an extended period of furlough may well have caused some of those relationships to wane.

As the furlough scheme winds down to its close in September, millions more people will be returning from furlough. The latest Government figures show that there are still in the region of 4.7 million people on either full or partial furlough.  Although this is a significant reduction from the peak in May 2020 of 8.9 million, it is still a very significant number of people who will be due to return to work by October (unless the scheme is extended again, which seems unlikely).

Employers will need to consider carefully how these people are reintegrated into the organisation. This will be particularly difficult for employers who are contemplating making redundancies once the financial cushion of the furlough scheme is removed.  We are aware of a number of organisations which will almost certainly have to go down this route, as the impact of the pandemic on their businesses is such that they will have little choice. Redundancy exercises are always going to be unsettling, and not just for the employees being made redundant. Sensible employers will give serious consideration as to how to rebuild trust and morale once a redundancy exercise has been completed and treating those who are leaving with dignity will go some way to achieving that. As we have covered before, it is really important that any redundancy process is conducted fairly in order to avoid unfair dismissal – in particular, whether an employee has spent any period of time on furlough (or not) should not normally be a factor when an employer is deciding who is selected for redundancy.

Many employers are also finding that the workplace and their business needs have changed while some of their staff have been on furlough. If that is the case, then it is important that any changes are dealt with properly. Those might consist of alterations to the way things are done, or they might involve changes to employees’ contractual terms. Good communication will be key, but there may also be a requirement to consult with staff as well – if in doubt, take advice.

Employers who have employees on furlough should give thought now as to how best to integrate those employees back into the organisation, and how to deal with any required redundancies.  For example, should they carry out any redundancies whilst people are still on furlough, or should they wait until they return?  There is of course no right and wrong answer, and each organisation, and each employee, is different. We would always recommend that employers take legal advice about your particular situation to help ensure that the right process is followed and to minimise the risk of claims being made against you.

If you are an employer dealing with any issues related to furlough or if you are considering making redundancies, then we can help. Please call us on 01243 836840 for a no obligation chat, or email us at [email protected].