In part 1 of this article, I finished by saying how important a clear policy on the use of the the internet and email, and in particular the viewing or sending of pornographic material can be.

That said, a clear policy will not in itself guarantee an employer will succeed. That was illustrated in the tribunal case of Caller v Newham University Hospital (2010). In this case Mr Caller was a telephone operator (honestly!) who was dismissed when it was discovered that his computer contained a number of pornographic images and a sexually explicit video. The hospital had a policy which allowed the personal use of computers, but forbade obscene material. The hospital relied on this at the disciplinary hearing as grounds to fairly dismiss him. However, it transpired that one of Mr Caller’s managers had in fact sent Mr Caller the obscene video, and the tribunal felt that this manager’s behaviour undermined the hospital’s policy to such an extent that the dismissal was unfair. The tribunal was also influenced by the disparity in treatment between Mr Caller and his manager. She had also faced disciplinary action when her behaviour came to light, but she was only issued with a written warning. Although Mr Caller’s dismissal was held to be unfair, his compensation was reduced by 50% to reflect his contributory conduct.

As I said previously, in order for a dismissal to be fair, the employer will need to show that they have carried out a reasonable investigation. The importance of this was illustrated in the tribunal case of Watson v Victoria Hall Limited (2013). In this case Mr Watson was employed as a caretaker in an accommodation block for university students. A portable DVD player and 3 pornographic DVDs were found in his locker. All 3 DVDs had come free with publications – two with the Sunday Sport and one with a ‘lads’ mag’, Loaded.

He was subjected to disciplinary proceedings and dismissed for gross misconduct. At the disciplinary hearing he made the points that he had never played the DVDs on the employer’s premises, and indeed he could not do so because the DVD player did not work on mains electricity, only from a car 12 volt adaptor. He also said that in order to watch the DVDs you needed to obtain codes by telephone and he offered to provide his phone records to show that he had never obtained the codes. The company did not accept these explanations and dismissed him, and dismissed his appeal. The Employment Tribunal found that the dismissal was unfair. They found that the employer had failed to investigate properly, and that at the least they should have checked whether the DVD player could be played on their premises.

The other area of concern for employers is claims of sexual harassment being brought by employees who either see obscene material being viewed, or were sent it by a colleague. Sexual harassment occurs where a person engages in unwanted conduct relating to a person’s sex and the conduct has the purpose or effect of violating that other person’s dignity or creating an intimidating, hostile or degrading environment for them. If an employee inadvertently views or is sent obscene material at work, it is easy to see how this definition could be met. If the person succeeds with their claim, the person who sent or was viewing the material can be held liable, but so can the employer. The employer will have a statutory defence if they can show that they took reasonable steps to prevent the harassment, and a good starting point for this will be to have a policy on equal opportunities and a policy on computer and electronic equipment use. Tribunals will also usually expect to see that these policies are real – not just drafted and then forgotten about. If the employer has provided staff with regular equal opportunities training, then they will be in a much better place to defend any claims.

We have provided a number of training sessions with clients, both to make their staff aware of some of the potential pitfalls, but also to put them in a better position to defend any claims which they may face. If as an employer you want to know more about this, then please do get in touch. 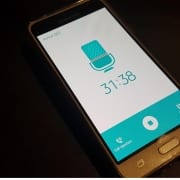 Was an employer liable for an employee’s offensive Facebook posts?

What makes an investigation unreasonable?