Managing personal relationships in the workplace 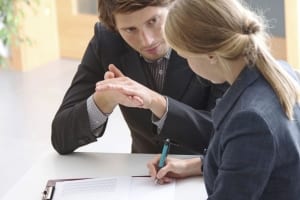 The topic of romantic relationships in the workplace has been under the spotlight again, as the recent news came out of the firing of Steve Easterbrook, the British CEO of McDonald’s, after he broke company policy by engaging in a consensual relationship with an employee.

Many relationships begin at work – according to a recent study, more than one in five (22 per cent) people had met their partner through work. Personal relationships may amount to temporary dating or could lead to long-term partnerships, but early consideration of the potential consequences for employers and employees can help to avoid awkwardness and can assist with dealing with problems if they arise.

There are no specific legal rules which prevent or govern consensual personal relationships in the workplace. However, an employer can have a policy which sets out what the business expects, when relationships form between colleagues. Often, the policy will allow relationships so long as they do not detract from employees’ conduct in the workplace. Where there is a potential conflict of interest, some policies reserve the right to transfer one or both employees to another department, or to change their reporting lines.

Any breaches of policy can be dealt with under the Company’s disciplinary or performance management policy and if necessary, can be used to help defend the Company against grievances and potential claims.

If you intend to take a zero-tolerance approach then that should be clearly communicated, although in many workplaces that may be considered overkill.

Managers who are able to deal confidently and professionally when approached by staff about sensitive issues, may be able to reiterate expectations and work with staff to avoid unprofessional behaviour, like public displays of affection in the office, or conduct which may appear to show favouritism towards each other, which may negatively affect team dynamics.

If employees feel that there is one rule for some people and different rules for the rest, then this can cause resentment. If your policy does require different actions depending on the type of relationship, for example if you want to ensure that managers do not directly line manage subordinates that they are in a relationship with, then it is a good idea to explain your business reasons for this.

Issues to look out for

If an employer becomes aware of a workplace relationship, there are several business issues that may need to be considered.

Managers should be trained to avoid discriminating against staff in relation to any of the protected characteristics under the Equality Act 2010. They should particularly consider the characteristics of sex, sexual orientation and age before taking any action as a result of a personal relationship. It should not be assumed (for example) that the more junior person in the couple will be transferred out of a team, as that could be indirectly discriminatory on the grounds of sex in situations where there are, for example, more women in junior roles. Dealing even-handedly with both partners as far as possible can help limit the risk of either party feeling they are unfairly bearing the brunt of the employer’s actions, which could lead to discrimination or constructive dismissal claims.

If you are dealing with an issue regarding a consensual relationship in the workplace, then we can help. Please call us on 01243 836840 for a no obligation chat, or email us at [email protected].