Is veganism a protected philosophical belief? 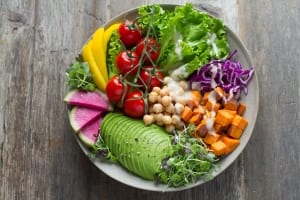 On 3 January 2020, the Norwich Employment Tribunal ruled that an ethical vegan had successfully shown that his beliefs qualified as a protected characteristic under the Equality Act 2010. Here we examine the effect of this decision. Is this a ‘landmark’ decision, as some have described it?

The case in question is Casamitjana v League Against Cruel Sports. In brief, Mr Casamitjana is arguing that his dismissal was a result of him being discriminated against due to his ethical veganism. He states that his dismissal came about after he challenged his ex-employer’s pension fund investments in firms involved with animal testing.

Mr Casamitjana claimed that his ethical veganism is a philosophical belief which is a protected characteristic under the Equality Act 2010. The Tribunal’s conclusion is one that we predicted in our article back in December 2018 and indeed, the League Against Cruel Sports did not contest this point.

It should be noted that as this is an Employment Tribunal decision, it is not binding and does not amount to a change in the law. The matter was decided based on the specific facts of the case and it is clear from Mr Casamitjana’s submissions that he is very committed to his vegan lifestyle which impacts on many aspects of his life; for example he will avoid bus journeys for fear of injury to an insect or bird. Therefore his beliefs go considerably further than most dietary vegans, so it seems unlikely that there will be many people who could point to this case as an exact precedent.

Even where an employee has a protected philosophical belief, an employer is under no duty to make reasonable adjustments for that belief (as would be the case if the employee is disabled). That said, employers should not treat employees less favourably than others because of a protected belief, and employers should not act in way that disadvantages them compared to others who do not share their belief, unless it is a proportionate means of achieving a legitimate aim. If they do so, then the employer could face a claim for discrimination.

By way of a practical example; if an employer imposes a policy that all employees have to wear leather shoes, then that could amount to indirect discrimination as it would adversely affect vegans. The question would then be whether the employer could show that the requirement is a proportionate means of achieving a legitimate aim, which may be difficult.

Therefore, our view is that whilst this is no doubt an interesting case and one which employers should take note of, it is far from being a ‘landmark’ decision.

Now that he has established he was entitled to protection against discrimination, we await the Tribunal’s decision, due later this year, as to whether Mr Casamitjana was actually discriminated against because of his philosophical belief. The employer’s position is that he was dismissed for gross misconduct.

If you would like advice about protected characteristics, or if you need advice on any aspect of employment law, please contact any member of the Pure Employment Law team (01243 836840 or [email protected]).