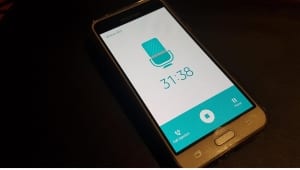 We are finding that employers are asking us more and more often about issues involving employees making secret recordings. Most of the time, such recordings are made using a mobile phone. However, sometimes ‘bugs’ are used – voice recording technology has now moved on to such an extent that devices are available the size of a paperclip which can record for up to 90 hours!

The question of whether covert recordings can be relied upon in Employment Tribunal proceedings is one that we have written about previously – in 2014, we covered the case of Punjab National Bank v Gosain, in which the Employment Appeal Tribunal decided that whether it is permissible involves a balancing exercise between the general rule regarding admissibility of relevant evidence, and the preservation of confidentiality of private deliberations.

But even if the secret recording is admissible, can an employer successfully argue that making that recording amounts to gross misconduct?

The Employment Appeal Tribunal (EAT) has recently considered a case (Phoenix House v Stockman) in which an employee was found by an Employment Tribunal to have been unfairly dismissed. Her employer had only found out that she made a covert recording when it came out during her Tribunal case. The employer therefore argued that had it known about the recording it would have dismissed her for gross misconduct, and therefore she shouldn’t be awarded any compensation.

The Tribunal had found that the employer’s disciplinary policy did not specifically refer to covert recordings, and also concluded that on the facts, the employee had not been trying to entrap her employer by making the recording. The EAT agreed with the Tribunal’s conclusions on these points, and stressed that the purpose of a recording will be relevant. For example, a ‘highly manipulative employee seeking to entrap the employer’ will be viewed very differently from ‘a confused and vulnerable employee seeking to keep a record or guard against misrepresentation’.

Our top tips for employers

• Those involved in conducting disciplinary and grievance meetings should always bear in mind that what they say and do could come up in evidence at Tribunal. Even if an employee’s covert recording of a meeting amounts to gross misconduct, you need to be aware that the content of the recording may still be disclosable.

• If a disciplinary or grievance hearing is adjourned for management discussions, or the employee steps out of the room, it would be sensible to hold any private discussions in another room, in case the employee has left a recording device running.

• As an employer, if you are planning to record a meeting, you should tell the employee in advance. Otherwise, there could be data protection and/or human rights issues.

• If you do not want them to make a recording, make sure you make that clear to the employee. If it later comes out that the employee has lied about making a recording, or has done so despite you specifically asking them not to, this could be damaging to their integrity and credibility. It also might be relevant to the admissibility of the recording, and to any compensation if the employee succeeds in a claim.

• If you want to make it clear that recordings without consent are never permitted, then following the Phoenix House case, you may want to consider including covert recordings as an example of gross misconduct in your disciplinary policy.

Do you need help with grievance or disciplinary procedures or policies? We can help! Please call us on 01243 836840 for a no obligation chat, or email us at [email protected].