Fire and rehire – the end of the road? 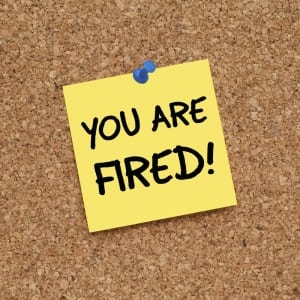 Changing the terms of an employee’s contract of employment has always been a difficult thing for employers to do, unless of course the employee agrees to the changes.  Like any other contracts, with employment contracts the terms are agreed between the parties at the outset, and then remain in force until such time as a variation is agreed.  What is of course different with employment contracts is that they are governed by a web of legislation and regulation, covering things from equal pay to the right not to be unfairly dismissed.

Obviously, over the period of an employment relationship, external factors can change dramatically.  Businesses which were once very profitable face new competition, or products which were once in great demand become obsolete.  For example, look at the High Street – the market conditions have changed massively over the last few years with the huge expansion of online shopping, and some retailers have tried to make changes to their employees’ contracts to reflect this.

As we said, changing contracts without agreement has always been challenging.  Employers can impose change but run the risk of claims for breach of contract, constructive dismissal and, possibly, unauthorised deductions of wages.  Another method, which has become increasingly used during the difficult economic conditions experienced in the Covid pandemic, is to “fire and rehire” (as we covered in our previous article here) – in other words, terminate employees’ employment by giving them notice and then offer new jobs on new terms (it has also been called “dismissal and re-engagement”, which is obviously not as catchy as “fire and rehire”!).  This has historically been something of a last resort for employers, as the employees will be able to bring claims of unfair dismissal (subject to having the necessary service), and of course there has never been a guarantee that the employees will accept the new terms, as they may go off and get employment elsewhere.

This practice has always been somewhat controversial and the Government have discussed various initiatives to outlaw it, but nothing has been passed into legislation. In an interesting and unusual case, USDAW v Tesco Stores Limited the High Court recently granted an injunction preventing an employer firing and rehiring.  This case revolved around a “Retained Pay” scheme which Tesco had introduced between 2007 and 2009 to incentivise people to relocate to a new distribution centre rather than being made redundant.  The Retained Pay was negotiated with USDAW and was payable to the employees as long as they worked at Tesco.  In January 2021 Tesco decided to withdraw the Retained Pay and to make each employee a one off payment of 18 months’ Retained Pay.  Employees who did not accept would be dismissed and offered reemployment on new terms which would exclude the Retained Pay.  USDAW went to the High Court to seek an injunction against Tesco doing this.

The High Court agreed and held that there was an implied term that Tesco would not terminate the employees’ employment so as to deprive them of the Retained Pay scheme.  They therefore granted the injunction to prevent Tesco dismissing the staff for this reason.

It is highly unusual for an injunction to be granted which has the effect that the employer is prevented from exercising its right to serve notice of termination and this decision may well be the subject of an appeal by Tesco. In its judgment, the High Court did emphasise the extreme nature of the facts on which it based its decision to grant an injunction, and of course it is very unusual to have a provision for a permanent provision such as this Retained Pay scheme in a contract of employment.  Whilst this judgment is unlikely to mean that it’s the end of the road for fire and rehire, employers need to be aware that an injunction preventing them doing so is a possibility. Any employers considering making contractual changes should seek legal advice in advance of starting the process as this can help you to avoid making potentially costly mistakes.

If you are an employer considering making changes to employees’ contracts and are unsure of the process, then we can help. Please call us on 01243 836840 for a no obligation chat, or email us at [email protected].