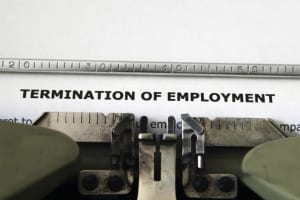 We thought it would be helpful to answer some of the questions employers often ask us about giving employees reasons for dismissal.

Do I have to give all employees written reasons for dismissal?

No, strictly speaking an employee is entitled to be given written reasons for his or her dismissal only if on the ‘effective date of termination’ he or she has been, or will have been, continuously employed for a period of not less than two years ending with that date.

However, there is an exception to the requirement to have 2 years’ service, as employees who are dismissed while pregnant or during statutory maternity or adoption leave, must be given a written statement of reasons, regardless of their length of service.

So an employee who hasn’t reached 2 years’ service isn’t entitled to be given a reason?

That’s right – as long as they aren’t pregnant, or being dismissed during maternity or adoption leave, they don’t have to be given a reason. However, although they aren’t entitled to a reason, it can be a good idea to give them some explanation, because if they aren’t told why they are being dismissed, they might assume it is for a discriminatory reason (or for another protected reason such as whistleblowing) which might lead to them bringing a claim against you.

Does an employee have to specifically request written reasons?

Usually eligible employees do need to specifically request written reasons for dismissal from their employers before the employer is legally obliged to provide them. However, employees who are dismissed while pregnant or during statutory maternity or adoption leave are an exception and must be provided with written reasons whether they request them or not.

How much time do we have to provide the reasons?

How much detail do we have to go into?

There is no set format for this, as the legislation only says that the written statement should give ‘particulars of the reasons for the employee’s dismissal’. However, as the reasons must be ‘adequate’ and ‘true’, thought needs to be given to the response, so that it is detailed enough to explain the decision-making that took place and the facts involved, and is not misleading. Any available facts that the employee can present to an employment tribunal in evidence which are clearly at odds with the written reasons you have given, will seriously undermine your credibility and case.

As the reasons could be open to scrutiny in an Employment Tribunal, they should clearly explain your decision. Reasons should also ideally not be ones which would be unlawful, but it is best to take advice about that!

What happens if we don’t provide written reasons (or provide them late)?

An employee whose employer has ‘unreasonably’ failed to give written reasons, or who believes the reasons are ‘inadequate or untrue’, can bring an Employment Tribunal claim. The time limit for bringing the claim is the same as for an unfair dismissal claim, which is three months less one day from the date of the actual dismissal or notice of termination has ended if notice was given (this period can be extended via the ACAS early conciliation process).

If the claim is successful the Tribunal may make a declaration as to what it believes the reasons were, and must make an award of two weeks of the employee’s pay (currently capped at £525 per week).

What happens if the Tribunal doesn’t think our reasons were true?

As a written statement of reasons for dismissal can be used as evidence, it is important that the employer clearly identifies a potentially fair reason and has evidence to support this, otherwise it is highly likely that the Tribunal will make a finding of unfair dismissal.

Providing written reasons for dismissal can also help to reduce the risk of a successful discrimination claim. For example, by making clear that there was a fair reason for the dismissal of an employee on maternity leave, the employer can hopefully show the reasons were unrelated to the employee’s pregnancy or maternity leave absence.

If you are dealing with a dismissal situation, then we can help. Please call us on 01243 836840 for a no obligation chat, or email us at [email protected].