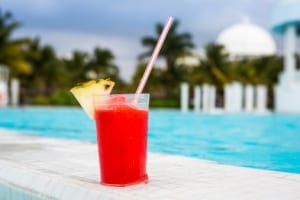 The issue of carrying over holiday days has become a hot topic for many of our clients recently, partly due to the effects of the pandemic, but also in situations where employees have had time off on long-term sickness absence (including some who are covered by a permanent health insurance (PHI) scheme. We thought it would be helpful to look at some FAQs.

What does carrying over of annual leave mean?

Employers are required to give workers annual leave days each year. The ‘leave year’ is set by the employer (e.g. 1 January to 31 December, but it can be any 12 month period) and the worker’s entitlement to leave days would normally need to be taken during each leave year.

To “carry over” leave (also sometimes referred to as “carry forward”) is where leave that is earned in a particular leave year isn’t taken during that leave year, and instead the worker ‘carries it over’ so that it can be taken during the next leave year.

How does it normally work?

Generally speaking, there is no automatic right for someone to carry forward annual leave. Some employers have a policy of allowing carry forward, although usually this is limited to a certain number of days – for example, it is fairly common for employers to allow up to a week of carry over. Also, sometimes employers say that any leave carried over has to be used within a certain time period rather than retained indefinitely.

When does the law require carry over?

There are some exceptions where the law requires workers to be given the opportunity to carry forward their leave. These are:

It is important to note that any of the above rules regarding carry over, only strictly speaking apply to the statutory minimum leave (i.e. the 5.6 weeks per year required by the Working Time Regulations 1998) and not to any contractual holiday entitlement the employer might offer over and above this. Despite this, it is best for employers to take advice, as in some situations there may be a need to allow carry over for all leave.

Do all employers have to allow carry forward because of Covid?

Many employers seem to have interpreted the rules as requiring automatic carry forward of leave because of Covid, but that is not actually the case. The rule on carry over only applies where it was not “reasonably practicable” for employees to take their leave because of the effects of Covid, but in practice the number of workers that applies to will be relatively small. However, when this rule was announced (and when so many employees had their holiday bookings cancelled, particularly in 2020), some employers did tell their staff that they would be allowed to carry their leave forward. By doing that, those employers have potentially created a contractual right for their employees to carry leave forward. If in doubt, it is best to take advice.

How long can people keep carrying forward their leave?

In most cases, people who carry forward their leave will end up taking it in the following leave year, so that is relatively straightforward. As stated above, with leave that is carried forward due to Covid, the leave has to be taken within the 2 leave years immediately following the year in which it was due.

For other types of carry forward, there are some situations where things can become more complicated, particularly where there is very long-term sickness absence (including cases where the employee is covered by a PHI scheme).

There has been a lot of case law at European level about this, and the general ‘rule of thumb’ now is that workers should be allowed to carry forward their leave up to 15 months after the leave year in which they accrued that leave. This means that each case will be different depending on the length of absence and how your particular leave year falls, but in general you will be looking back a maximum of 2 leave years prior to the current one.

Can we pay people in lieu of their accrued holiday rather than it building up?

The answer to this can be quite tricky depending on the type of leave involved. In general, it is unlawful to pay workers in lieu of their accrued statutory leave other than on termination of their employment. However, if the employee agrees, there is nothing to stop you making a payment in lieu of any accrued contractual leave that you offer on top of the statutory minimum entitlement.

Another thing to bear in mind, is that if an employee is off on long term sickness absence they can still choose to use their annual leave if they want to (subject to your usual rules about booking annual leave and getting manager approval etc.). This isn’t the same as paying them in lieu of their annual leave, because they are actually using the leave rather than just receiving payment for it. Often this can be a good option for employees who have exhausted their sick pay entitlement. However, it might be more complicated when you have employees who are receiving benefits under a PHI scheme, so it is best to take advice if that applies.

If you are an employer dealing with a carry over of holiday request or query, then we can help. Please call us on 01243 836840 for a no obligation chat, or email us at [email protected].