Did ‘stale’ equality training leave an employer without a defence to discrimination? 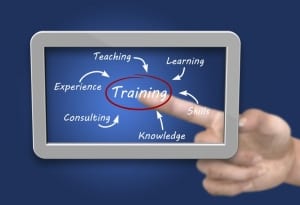 As our regular readers will be aware, if you are an employer on the receiving end of a discrimination claim, your organisation’s equality policies, practices and procedures will often come under scrutiny and in some cases, can give you a complete defence to a claim. However, that will only work if the material is actually used in practice and is up to date!

The importance of this was illustrated in the recent case of Allay (UK) Ltd v Gehlen. In the case, the Employment Appeal Tribunal considered the Employment Tribunal’s finding that the employer had failed to take all reasonable steps to avoid Mr Gehlen being racially harassed by a colleague.

Under Section 26 (1) Equality Act 2010, a person (A) harasses another (B) if A engages in unwanted conduct related to a relevant protected characteristic (for example race) which has the purpose or effect of either:

It is a defence where an employer demonstrates that they took all reasonable steps to prevent B from committing the unlawful act.

Facts of the case

Mr Gehlen, who was of Indian origin, was employed as a senior data analyst by Allay (UK) Limited from 3 October 2016 to 15 September 2017. After a performance related dismissal, Mr Gehlen raised a complaint of having been subjected to harassment related to his race by his colleague Mr Pearson, whilst employed at Allay. Two colleagues had heard Mr Pearson making racist comments to Mr Gehlen but had not reported it, and Mr Gehlen had reported the incidents to another colleague but he took no further action either.

The employer investigated and concluded that Mr Pearson had made racist comments to Mr Gehlen, and consequently required him to undertake further Equality and Diversity training.

When Mr Gehlen brought a claim of harassment against Allay in the Employment Tribunal, the employer tried to rely on the defence that its employees had received Equality and Diversity training that covered harassment related to race. This had taken place 2 years before Mr Gehlan left the company.

The Employment Tribunal upheld the claim of harassment against Allay because it concluded that the equality training delivered to the staff was ‘stale’. The behaviour and attitude of Mr Pearson, and his three colleagues’ lack of action upon hearing the ongoing racist comments, was taken as evidence that the training had been inadequate and was now out of date. Allay had not taken all reasonable steps to avoid discrimination, as a reasonable step would have been to provide adequate refresher training. The employer appealed the decision.

The Employment Appeal Tribunal found that the nature of the training provided, and the extent to which it was likely to be effective, was relevant. The racist comments and the lack of action by colleagues regarding them, including management, led to the conclusion that any training received was stale and no longer effective. Refresher training was a further reasonable step that the employer could have taken to avoid the risk of harassment, and the fact that it was provided to Mr Pearson after the investigation demonstrated the employer’s understanding that refresher training could be effective.

This decision is something that all employers need to be aware of. There are no set periods for how often equality and diversity training will need to be ‘refreshed’, and what is appropriate for your organisation may depend on the size of the workforce and the resources available. However, we recommend that you decide what your policy is going to be on how often you do your ‘refreshers’ and stick to it.

Alternatively, if your staff have not yet been given equality and diversity training, we recommend you do so as soon as possible. This decision is a useful illustration of why it matters – hopefully it would have prevented the harassment in the first place, but if not, it could have given the employer the reasonable steps defence.

How can we help you to protect your business?

We can help by providing up-to-date and clear Equality and Diversity, and Bullying and Harassment training for your employees. We can also review or draft Equal Opportunity Policies and Anti-Bullying and Harassment Policies. These policies set out your expectations regarding employee behaviour, explain what unlawful conduct is, and what the consequences of non-compliance will be.