Did an Employment Tribunal correctly award an uplift for failure to follow the ACAS Code in a sham redundancy case? 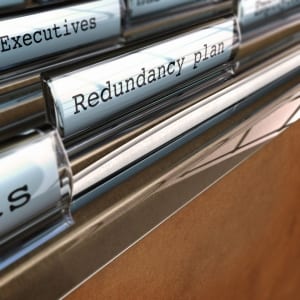 There is a statutory Code of Practice (the Code) issued by ACAS covering disciplinary and grievance procedures, which sets out principles for handling these kinds of situations in the workplace. Employment Tribunals are required to take the Code into account when considering relevant cases and are able to uplift any awards made in successful claims by up to 25% for an unreasonable failure to comply with any provision of the Code.

The Code specifically states that it does not apply to dismissals due to redundancy, but in a recent case the Employment Appeal Tribunal considered whether an Employment Tribunal had correctly applied a 25% uplift to a successful Claimant who it was found had been dismissed after a sham redundancy consultation.

In Coulson v RentPlus UK Ltd, Ms Coulson brought claims for unfair dismissal and direct sex discrimination after she was dismissed by reason of redundancy in 2018. During the proceedings, one of the employer’s witnesses stated that the Board had decided to remove Ms Coulson’s post in March 2017, a full year before the redundancy consultation with her. In fact, by the time of the redundancy consultation, the Company had received an injection of funding and was looking to take on more staff. Ms Coulson was the only employee dismissed and said that her work remained and was carved up between newly recruited employees. She argued that as the only female in the senior management team, her dismissal was tainted by sex discrimination. She had also been denied the chance to apply for the role of CEO when the existing one resigned, with the Board appointing a new male CEO. The Employment Tribunal agreed that there had been a “sham” redundancy consultation, and that Ms Coulson had been unfairly dismissed. They additionally found that the employer had failed to prove that the dismissal was unconnected to Ms Coulson’s sex and so the claim of sex discrimination was successful. In relation to the unfair dismissal claim, it was said:

“The failures are so egregious that the Tribunal decides that an uplift in compensation of 25% is required.”

The employer appealed to the Employment Appeal Tribunal on the following grounds:

The appeal was unsuccessful. The first ground of appeal failed as although the Tribunal found that Ms Coulson’s sex was a factor in her dismissal, it was not the only reason for it. It was implicit in the reasoning of the Tribunal that it considered that the employer dismissed Ms Coulson because of dissatisfaction with her personally and/or how she was performing her role. On that basis, she was in a “disciplinary situation” to which a fair capability or disciplinary procedure should have applied, meaning the Code should have been complied with.

As to the second ground of appeal, it was accepted that generally, a Tribunal should identify the employer’s failings by reference to the relevant part of the Code which they have breached. However, in this case the Tribunal had concluded that the employer had acted in bad faith such that there was a total failure to apply any of the protections provided for by the Code and there was no error in an uplift of 25%.

The Employment Appeal Tribunal stated that it will often be helpful when considering an uplift for an Employment Tribunal to ask the following questions:

Whilst it remains correct that the ACAS Code does not apply to redundancy dismissals, this case reminds us that if an employee is told their dismissal is due to redundancy but in fact, the genuine reason is something else (such as due to disciplinary or capability reasons, or because the employee has raised a grievance), then the Code will still be engaged. If there has been an unreasonable breach of the Code, then the award to a successful employee could be subject to an uplift, and as in this case, this could be a significant amount. Employers should follow a fair process and be clear in their reasons for dismissal. We have many years of experience in advising employers on these types of matters and can help you to avoid ending up on the wrong side of Employment Tribunal proceedings.

If you are an employer dealing with a redundancy situation, then we can help. Please call us on 01243 836840 for a no obligation chat, or email us at [email protected].