Could the content of one email be enough to bring a claim for constructive unfair dismissal? 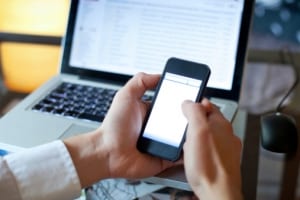 In MacLean v Menzies Distribution Limited Mr MacLean argued that an email sent to him and 15 other colleagues, including people who he managed, in which he was given a “public dressing down”, amounted to a fundamental breach of his contract. The email was sent in April 2019, whilst Mr MacLean was on holiday, from the Company’s Chief Financial Officer, Mr McCourt. It addressed the subject of the results of the company’s first trading quarter of the year and described the financial performance in the area where Mr MacLean worked as “a horrific result” and “a complete mess”. Mr MacLean was asked to make himself available for a phone call that Friday on the basis that “You are accountable for this omnishambles. And I want the numbers explained. There is no one else to point to. It is your voice and your voice alone.”

On Mr MacLean’s return to work, he raised a grievance against Mr McCourt with the Head of HR. He set out that he felt harassed by the request that he participate in a phone call whilst on holiday and that he felt bullied in receiving an email written in emotive terms that had been sent to a number of his colleagues.

Further to a meeting as part of the grievance procedure and also a call from a colleague who had been contacted in relation to the grievance, Mr MacLean resigned with immediate effect. He pointed out that the investigator assigned to his grievance was not senior to Mr McCourt. He also said that during the meeting the investigator had given him the impression that he considered the email to be no more than an emotive email of the kind he might be expected to receive in the normal course of business. The next day, Mr MacLean was called by a senior manager whom the investigator had contacted, who told him that he was “not happy about getting involved in your s****”. This left Mr MacLean feeling that he had no confidence in the grievance process.

A week after Mr MacLean’s last day with the company, he was informed that his grievance had not been upheld. The decision noted that bullying was usually a pattern of behaviour, and whilst the tone of the email was tough, it did not amount to bullying.

The Employment Tribunal felt differently. They upheld Mr MacLean’s claim, stating “There is no doubt that a single incident of abuse, verbal or written, can found a claim for ‘constructive’ unfair dismissal.” The company was ordered to pay Mr MacLean the sum of £14,176.79 in compensation and lost earnings.

This case was determined by the Employment Tribunal on its specific facts and therefore it is not binding on other Tribunals. However, it is a useful illustration for employers of why they need to be careful not to undermine the relationship of mutual trust and confidence with their employees. It would be sensible for employers to limit communications about an individual’s performance to just that employee, and to restrict the language to neutral terms so that the employee does not feel bullied.

If you would like to talk through a situation concerning constructive unfair dismissal that you are dealing with, or if you need advice on any aspect of employment law, please contact any member of the Pure Employment Law team (01243 836840 or [email protected]).