Constructive dismissal: what is the ‘last straw’? 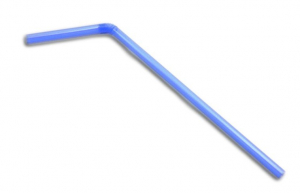 In our view, constructive dismissal is one of the most misunderstood areas of employment law. There is often confusion about what amounts to a dismissal or resignation and what it takes for an employee to be able to bring a claim.

The general rule is that for successful constructive dismissal claim, the employee needs to be able to show that the employer was in fundamental breach of contract entitling the employee to resign and treat him/herself as having been dismissed.

For a fundamental breach there usually has to have been something serious that goes to the heart of the employment contract. However, it is also important to be aware that the Tribunals can also look at a series of smaller breaches which lead to a final ‘last straw’. We take a look at a recent case regarding what this means in practice.

The term comes from an old proverb, which says that it is “the last straw that breaks the camel’s back”. The idea is that each straw might be manageable on its own, but sooner or later the point is reached where it becomes too much. Effectively, the last straw is the last in a series of bad things which have added up to something unacceptable.

How does the ‘last straw’ doctrine work in constructive dismissal cases?

The rules regarding the last straw mean that even where the final incident in a chain of events might seem minor or trivial, Employment Tribunals will look at the whole of a course of conduct and consider whether overall, from an objective point of view, the employer has behaved in a way that demonstrated it intended to no longer be bound by the contract of employment.

One of the arguments that is often raised by employers in constructive dismissal cases is that the employee has waived or accepted any alleged breach of contract by continuing to work. However, if the employee can successfully show that there was a ‘last straw’, then this can potentially reactivate earlier breaches of contract. It can therefore be a very useful argument for employees.

In Craig v Abellio, the Claimant had had a number of problems with his employer in relation to his hours and pay. He tried to rely on a last straw argument to bring a claim of constructive dismissal, but the Employment Tribunal rejected his claim, finding that the employer had not committed a breach of contract. This was because the employer had upheld the Claimant’s grievance appeal regarding an underpayment, and arrangements were being made for the employer to pay him what was owed. The employer then didn’t make the payment on the date they had promised to, which the employee felt was the last straw, but the Tribunal found was due to an error.

The Claimant appealed to the Employment Appeal Tribunal (EAT).  The EAT gave a useful reminder of the kinds of things that Tribunals should take into consideration when assessing ‘last straw’ cases, based on previous case law. These are:

The last straw must add something to the alleged breach of contract, even if it is something fairly insignificant.
However, it cannot be something completely trivial.
The last straw doesn’t necessarily have to be the same type of breach as the others being complained of.
If the employer’s actions are completely innocuous then they will not be capable of amounting to a last straw, even if the employee feels that the actions have damaged the relationship of trust and confidence. The question of whether the relationship of trust and confidence between employer and employee has been damaged is to be considered objectively rather than subjectively.
Something could be a last straw even if it isn’t blameworthy conduct in itself (although it will often be the case that the conduct is blameworthy in some way).

What do employers need to be aware of?

If you are an employer dealing with a potential constructive dismissal issue, then we can help. Please call us on 01243 836840 for a no obligation chat, or email us at [email protected].