Can an appeal result in a more serious penalty? 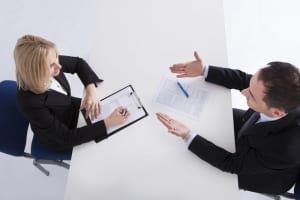 This is a question we are often asked by employers when they are dealing with disciplinary matters. Once any form of disciplinary penalty is issued, whether a warning or dismissal, the employee should always be given a right of appeal. The appeal should generally be dealt with by someone who hasn’t been previously involved and who has authority to overturn the original decision if they wish.

There are different ways that appeals can be handled. Some appeals deal with specific points raised by the employee (whether procedural or otherwise) and some involve a complete re-hearing of the evidence. Either way, if the person hearing the appeal comes to the conclusion that the original sanction was too lenient, is it open to them to apply a more serious sanction?

Our advice has always been that a sanction cannot be increased on appeal. That was also view taken by the Employment Tribunal in the recent case of Chokski v Royal Mail.

Mr Chokski was dismissed for gross misconduct as a result of two allegations: firstly, that pornographic material had been found on his work cloud storage account, and secondly that he had shared his password (he had admitted sharing his password, as this was part of his defence against the first allegation). At the disciplinary hearing it was concluded that the second allegation did not amount to gross misconduct on its own, therefore it was the combination of both that had led to his dismissal.

At the appeal stage, the outcome was that the password allegation alone was sufficient to justify dismissal for gross misconduct, and therefore Mr Chokski’s dismissal was upheld. He brought a claim for unfair dismissal. The Employment Tribunal agreed that his dismissal was unfair and awarded him a total of £53,000 in compensation.

We have dealt with cases previously where new evidence has come to light after the disciplinary hearing which the employer wants to take into account in the appeal process. It may be possible to do that in some cases, but it would unusual to be able to justify an increased penalty.

The Chokski decision is in line with the ACAS Code of Practice, which states that an appeal should not result in an increased sanction, because it risks deterring employees from making an appeal.

If you are dealing with a disciplinary or appeal problem, then we can help. Please call us on 01243 836840 for a no obligation chat, or email us at [email protected].