Breach of contract claims and counterclaims – how do they work? 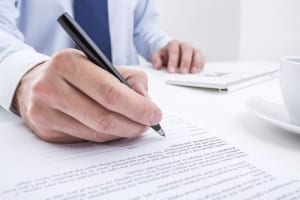 Many people aren’t aware of how breach of contract claims work in employment situations. We look at the different ways claims can be pursued by both employers and employees.

Employees whose contracts of employment are breached by their employers will sometimes have a choice as to whether to bring the claim for breach of contract in the courts or in the Employment Tribunal.  Not all breach of contract claims can be brought in the Tribunal, and even when they can, there are a number of considerations which the employee should assess before deciding on which jurisdiction to use. We will look at some of the key issues below, although it is worth pointing out that it is always best to take specific legal advice, as other factors might be relevant to a particular situation too.

One factor to consider is whether the employment is continuing.  If it is, then the claim has to be brought in the courts.  The Tribunal only has jurisdiction to hear claims which arise or relate to sums outstanding on the termination of employment.

Another important question is the value of the claim.  When Tribunals were given the power to hear breach of contract claims in the mid 1990s, the value of the claim was limited to £25,000.  For some unknown reason that figure has not increased, and so remains at £25,000. So if a claim is worth more than that, it would have to be pursued in the civil courts.

Further issues for employees to consider are costs and interest.  In order to bring a claim in the Employment Tribunal, there is no fee required.  A prospective claimant will need to go through early conciliation through ACAS, but that service is free.  In the courts however, there are fees payable, which vary depending on the value of the claim.

It is also a consideration that in the Employment Tribunal, each party will normally bear their own costs, irrespective of the outcome.  However, in the courts, the losing party is usually ordered to pay at least some of the costs of the winning party – clearly this is a double edged sword, and given the uncertainty of litigation, the employee should at least be aware of the risk that they may have to pay their employer’s costs.

Another point which may be relevant, particularly with larger claims, is that in the courts the employee who succeeds in their claim is likely to be awarded interest on the sum due, whereas in the Tribunal this is not necessarily the case.

Time limits may also be important.  In the courts, claims have to be brought within 6 years of the alleged breach of contract; in contrast, claims in the Tribunals have to be brought within 3 months.  This limit can be extended in some circumstances by the period of early conciliation, but nevertheless it is still very much shorter than the equivalent period in the courts.

If you are dealing with a Tribunal claim or counterclaim, then we can help. Please call us on 01243 836840 for a no obligation chat, or email us at [email protected].